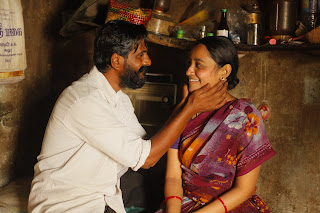 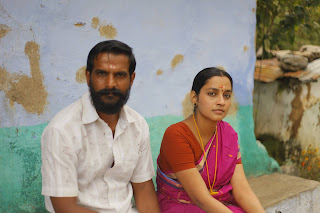 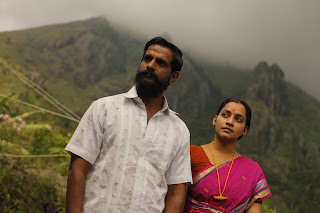 Produced by –A P Productions

It is only once in a blue-moon does such movies are made!

A film that has bagged several awards and encomiums and is continuing to gather more awards!

The script of Ganesh Vinayakan who has also helmed is set around a hilly terrain breathtakingly captured by cinematographer Sukumar.

It is set around the life of a poor girl (Abarnathi) living atop the mountains with her ailing dad. She chances to meet a man (Tharun Kumar) living all by himself alongside the mountains and ekes out a meagre living by fetching honey from the highly grown up trees!

She accepts her proposal for marriage and very much against the wishes of people around (as a customary act fails the soon to be wedded couple!).

A girl child is born but is short of speech.

Their calm and quiet life goes for a toss as the mother develops a peculiar pain in her stomach.

The trio travel down to the nearest town and reach out to the hospital but the mother doesn’t last long!

Accompanied by his daughter, he carries the corpse up the hills owing to financial constraints.

The crux of the film focuses on the exploitive nature of the Government as well as the Hospital staff and how the formalities of the system fail to help out the poor and the needy!

The climax is heart crushing!

Bawa Lakshmana cuts a fine cameo as a stranger who comes forward to extend help to the protagonist and his family.

The dialogue penned by Raasi Thangadurai though loaded with wit and sarcasm, raises a lot of pertinent questions!

A movie that tickles your heart strings even long after finish!