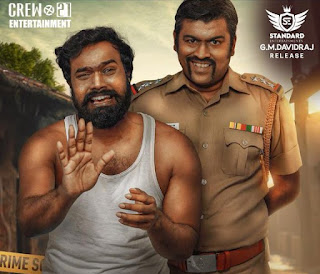 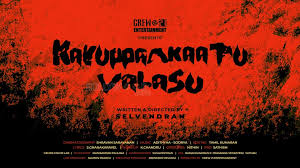 A village based murder mystery laced with thrills, also abundant in twists & turns that has been scripted & directed by newcomer Selvendran whose passion for the art of filmmaking has initiated the making of this film after giving up a lucrative job so as to pursue his passion for films!

A simple plot about the attitudes of a few hundreds of people living in an underdeveloped rural hamlet that is a few generations behind the contemporary developments!

Neelima a well meaning girl of the neighbourhood takes steps to built bathrooms for the sake of the womenfolk living in that village for all of whom answering nature’s call is nothing short of a challenge on a day to day basis! Further, she arranges for the installation of CCTV cameras so that the place remains safe!

A couple of murders take place that virtually rock the neighbourhood! The arrival of police results in the assemblage of the entire population of that place as investigation unfolds!

What follows after is filled with unexpected happenings narrated through flashbacks, the work of Shravan Saravanan, the cinematographer & Tamilkumaran, the editor standing tall!

A well rounded movie that stands out as an investigative thriller while giving out a message or two, in the process!