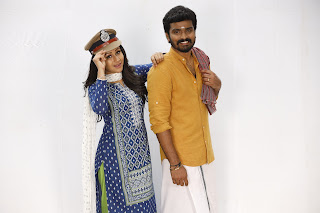 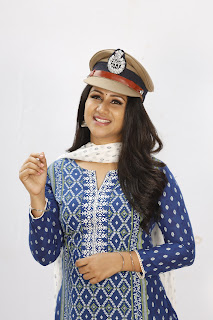 STAR VIJAY a pioneer is presenting unique serials launches RAJA RANI season two.  As every audience is familiar and fond of the serial RAJA RANI which was telecast on Star Vijay in the past hits back to the small screen again with Season 2.

Alya Manasa and Sanjeev played the lead characters as Semba and Karthik in the previous season that was a stupendous success which paved way for the second season of RAJA RANI.  It was the most acclaimed serial in terms of fan base that attracted more of youth as well as viewers of all age group.

Alya Manasa being the protagonist of RAJA RANI 2, Siddhu plays the lead character along with actress Praveena and many others.

Sandhya (Alya Manasa) is a very ambitious and educated girl who pursues to become an IPS officer.  Saravanan not much educated as Sandhya is a simple and good-hearted person.  He along with his mother (Praveena), brothers run a confectionary business.  Sandhya like any other girls has her own dreams and aspirations.

Unfortunately, the family circumstances lead Sandhya to get married to Saravanan. Similarly, Praveena Siddhu’s mother wants her daughter in law to be homely and not much educated, as she thinks taking care of the family is more important than being a professional. The truth about Sandhya being well-educated is kept undisclosed to Praveena while the wedding happens.  Then what happens to Sandhya’s aspiration to become an IPS officer? Will she succeed in her greater dreams and ambitions?  Will Saravanan supports her and instigates her for the fulfillment of her visions? The plots moves forward with many twists and turns.  Don’t forget to tune in to see how the story unfolds.

Alya Manasa, Siddhu, Praveena, Ravi, Archana and many others.  The serial is directed by Praveen Benette.

Don’t miss to watch this aspiring family drama only on STAR VIJAY which is launching on 12 October 2020, Monday to Saturday 6.30 PM.