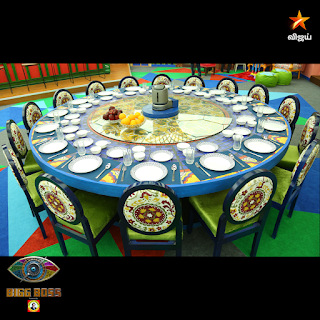 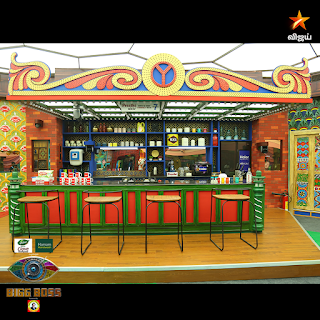 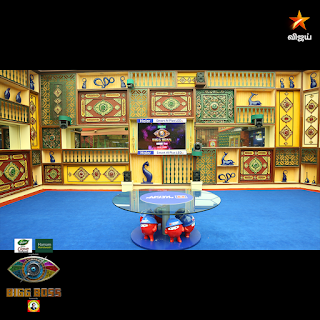 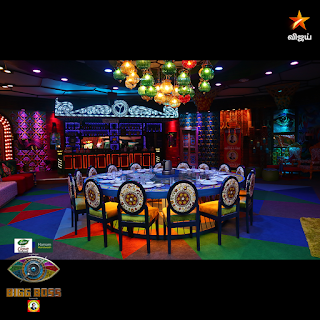 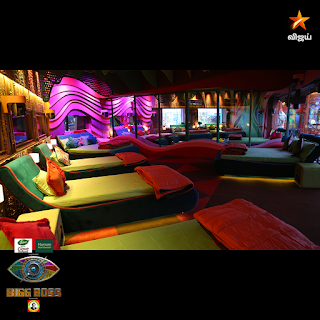 Star Vijay’s biggest non-fiction format, Bigg Boss season 4 is all set to launch on 4th October, Sunday at 6 PM. The most awaited show of the year hosted by none other than actor Kamal Haasan will start telecasting from this Sunday at 6 PM and the daily episodes will telecast through Mon-Fri 9.30 PM.

There is a lot of buzz around the show mainly around who would be the contestants.  While audience will need to wait till 4th October to know who the contestants are, the channel has come out with some exquisite intricacies of the house.

While designing the Bigg Boss Tamil season 4 house, the idea was to make it as bright and cheerful and happy as possible which led the channel to believe that creating a house based on a pop art theme would be the best route to choose.

Inside the audience will be treated to some brand-new changes which are as follows:

1.     To start with the house is brighter and more colorful than ever before. This is the first time that the show will celebrate Diwali, Christmas and New Year during its run. The garden area, the entrance, the washroom, the bedrooms, the living room and the kitchen are bright and colorful and will hopefully create a sense of happiness and celebration in the minds of the audience.

3.     The Jail has always been a sore point of discussion with the housemates from the previous seasons. This time there will be a jail but it will not be the one we have seen so far.

4.     One of the most important changes in season 4 is that the entire house will not be available for use to the housemates when they enter on launch night.

There are loads of surprises and exciting novel ideas waiting for viewers on the launch day.  Bigg Boss Tamil season 4’s launch would be on 04 October 2020, Sunday 6 pm onwards.  Show being aired every Monday to Sunday at 9.30 PM only on STAR VIJAY.