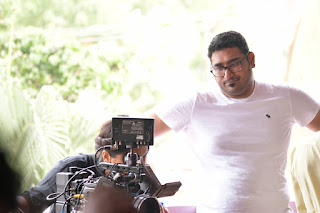 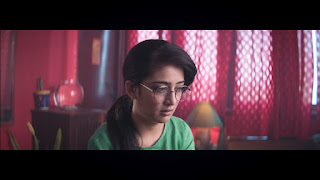 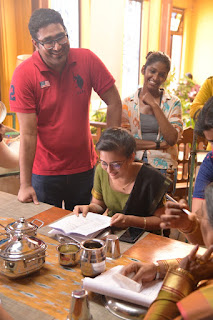 Achcham Madam Naanam Payirppu is the first feature from Trend Loud which happens to be the 3rd film of Akshara Haasan in Tamil who was last seen in Kadaram Kondan.

The first look released by Vijay Sethupathi, Teaser by Shruthi Haasan and the Trailer  by the legendary actor turned politician Kamal Haaasan (on the occasion of Akshara's birthday!) and this film marks the debut venture of Trend Loud into film space!

Says Raja Krishnamurthy, the director, who remarks that his very first choice for the role of the protagonist was Akshara Haasan even while the film was in its scripting stages!

It is about the choices made by the protagonist and the consequences that eventually follow suit, he hints about the script over a single line!

Usha Uthup and Malgudi Subha too play pivotal roles in the film.

The director further adds that the script is fresh and relatable which showcases a new theme. He supplements further by stating that the reel life projected in the film will synchronise with the real life problems.

Akshara remarks that the lead artistes worked in harmony and it was a team effort which made the proceedings creatively conducive!

Raja mentioned that during the schedules he ensured that if he found any scene shot was not facilitating the story to steer it forward, he had no qualms about chopping it off!

Pavithra is the character name of Akshara Haasan and every girl who watches the movie will realise that she too as a bit of Pavithra in her which would eventually make viewing an engrossing experience, signs off Raja!