THE SINGING SUPERSTAR WILL SING NO MORE! 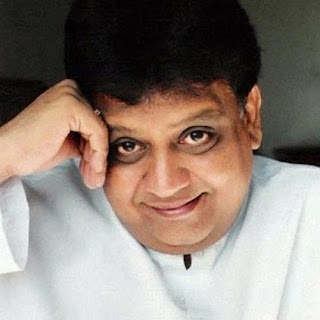 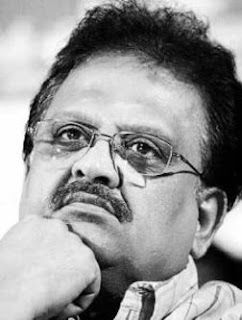 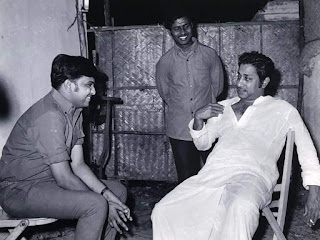 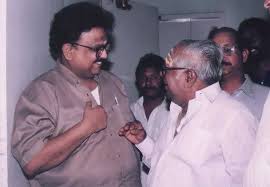 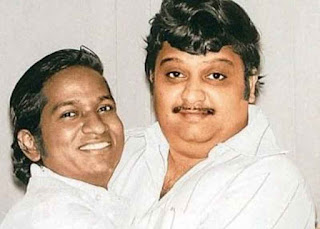 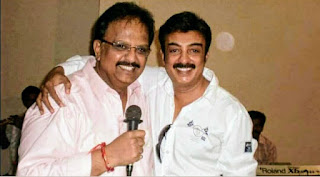 It is hard to believe that S.P.Balasubramaniyam is no more! His demise has actually created a vacuum marking the end of an era! Reportedly, he has rendered 41,230 songs in about 17 languages bagging National Award for Best Male Singer 6 times in 4 languages –Tamil, Telugu, Kannada and Hindi, a unique record created by him which no other Indian playback singer has achieved so far!

SPB received the state NTR National Award for his contributions to Indian cinema. He was honoured with the Indian Film Personality of the Year consisting of a Silver Peacock Medal. He was a recipient of the Padma Shri (2001) and Padma Bhushan (2011) from the Government of India.

SPB debuted as a playback singer in Sri Sri Sri Maryada Rammana in 1966 under the auspices of composer, P.Kodandapani in whose memory, SPB named his recording studio at Chennai.

Though he began singing for films from 1966, the biggest break for him was rendering playback for the late matinee idol, M.G.R. in Adimai Penn in 1969, tuned in by K.V.Mahadevan. (Aayiram Nilave Vaa, penned by Pulamaipithan). As a matter of fact, SPB fell sick but M.G.R. opted to wait for about a month to get the song recorded!

Interestingly, it was M.S.Viswanathan who made him sing first along with L.R.Eswari in Hotel Rambha but the film was shelved but MSV again gave him a break in Shanthi Nilayam(along with P.Susheela the song, Iyarkai Yennum Ilaya Kanni..., penned by Kannadasan), letting him sing a duet prior to Adimai Penn but Adimai Penn released first!

Both in Adimai Penn and Shanthi Nilayam, P.Susheela was SPB’s co-singer and it is very significant to mention that the duo has rendered 3000 duets in 6 languages, which is certainly a record of sorts!

SPB’s first song for Sivaji Ganesan was in Sumathi En Sundari (1971). Prior to recording the song, Pottu Vaitha Mugamo, SPB met Sivaji and sought his blessings while seeking suggestions as to how to go about singing for him! Sivaji simply said, ‘You sing in your own style, I shall adjust accordingly and act in the song sequence!’ Sivaji had remarked thus as it was a unwritten law that only TMS’s voice would suit him!

SPB had high regards for T.M.Soundarrajan and used to say, No one can sing like TMS in such an unblemished manner!

He also loved Mohammed Rafi and was his ardent fan!

Once when Rafi came to Chennai for a recording, SPB who had just started his career, came near Rafi touched his feet and ran away! Such was his passion and respect for Rafi.

SPB was always very humble and respected all. He was very soft spoken and enjoyed the goodwill of all in the film industry!

SPB was the voice of Mohan too, affectionately referred to as Mike Mohan as he played a singer in very many films! Mohan used to say that SPB was born to sing for him (Mohan!)

Sankarabharanam (Telugu, 1980) was a milestone in SPB’s career which earned him his 1st National Award! Though the film was based on classical music, SPB, who did not have any formal training, was trained by Pugazhendi, K.V.Mahadevan’s trusted lieutenant who trained SPB and the outcome was too well known!

K.Balachandar’s  Maro Charitra (1978) was a landmark film in Telugu and SPB rendered playback for Kamal Hassan in that, the film’s music composed by M.S.Viswanathan. When L.V.Prasad bankrolled its remade in Hindi as Ek Duje Ke Liye(1981), SPB sang songs for Kamal in that too, the film scored by Lakshmikanth Pyarelal.

SPB reigned supremacy at Bollywood for quite a while but he dominated the South Indian Film industry for long!

His pairing with Lata Mangeshkar gained him instant acceptance at Bollywood as he proved a perfect match in rendering songs with her! He was the oice of Salman Khan for long since the days of Maine Pyaar Kiya!

The silky smooth voice with which he rendered his songs won him wide acclaims!

SPB has given away his ancestral house at Nellore to Sankara Mutt which will soon be a Vedha Paada Saalai.

His father, Sri. Sambhamurthy, was a Harikadha Exponent and was an ardent devotee of Saint Thyagaraja.

He was also a producer as well as a dubbing artiste and used to dub for Kamal Hassan in Telugu.

SPB was humility personified and maintained the same grace and poise found in his rendering for the screen in real life too!

Indeed it was a God given gift that his voice remained youthful even past his 70s after having had a chequered career in playback singing for over half a century!

Await his song in Rajnikanth’s forthcoming film, Annathey tuned in by D.Imman which has already been recorded!

SPB was a PR person by attitude and would go great distances to help others while still retaining and maintaining his modesty!

An era has ended!

The singing super star will sing no more but his immortal songs will live forever; eventually, his memories too will linger in the minds of millions of his devout fans forever!

The Master is no more but his masterly songs will be heard all the more!