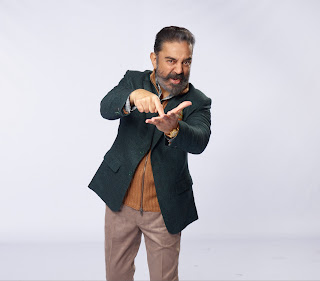 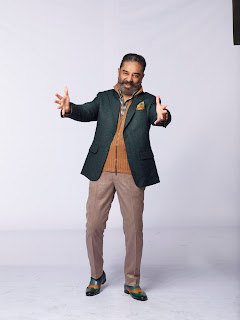 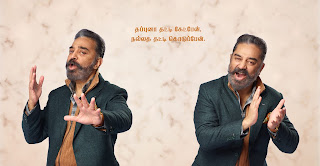 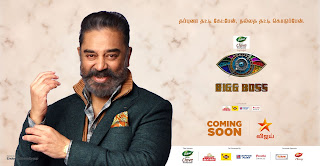 Chennai, September 10, 2020: Bigg Boss Tamil on Star Vijay today has become one of the most loved shows amongst Tamil audiences, and millions of fans, eagerly awaiting the new season, are delighted with the unveiling of its official promo featuring superstar host Kamal Haasan yet again. The promo raced to cross 4 million views within just 48 hours of launch – the highest ever amongst the seasons so far -- and has had social media abuzz with conversations. Advertisers too have come on board, recognizing the opportunity to have their brands associated with the biggest reality phenomenon on Tamil television.

The Promo for the upcoming season features a stylishly, sartorially dressed Kamal Haasan swaying to a peppy number choreographed by Sandy Master of Bigg Boss Tamil Season 3 fame, and music by popular music director Ghibran. It showcases how the Bigg Boss voice has become an integral part of every household, especially in the current times, and has resonated with millions of fans - seen from all the conversations that sparked off as soon as the logo was revealed.

The official Bigg Boss Tamil Season 4 promo has followed the teaser which was released on 27th August, revealing this season’s first look. It featured host Kamal Haasan speaking about the trying times and the need to get safely back to work. The teaser too touched a chord with fans across, taking social media by storm and garnering more than 4.7 million views. The signs are clear – millions of fans eagerly await Bigg Boss Tamil Season 4 in the upcoming festive season on Star Vijay.

Speaking about Bigg Boss Tamil, Kevin Vaz, CEO – Regional Entertainment, Star India said “Bigg Boss Tamil has been the biggest non-fiction television phenomenon in Tamil Nadu, and the upcoming Season 4, hosted by superstar Kamal Haasan again, promises to be bigger. Fans are ecstatic with the return of Bigg Boss post the teaser and promo and the same level of excitement extends across advertisers well. We are seeing huge demand across both - national and local players - as they see this show as an opportunity to connect effectively with their audiences and create an impact in the market. We already have a significant number of partners on board and conversations are ongoing with other players across key sectors like FMCG, Handsets, Auto, and Ed-tech, with several brands expected to close within the next two weeks.”

Sponsors who have been part of Bigg Boss Tamil across the past 3 seasons and have experienced the power of this platform first-hand are already on-board. Adani Wilmar and Nippon Paint with their past Bigg Boss campaigns continue to associate with the show. Bigg Boss Tamil season 4 continues to attract brands -- within a week of the show’s announcement, Dabur signed on as the title sponsor and other brands include Preeti Appliances Udhaiyam Dal, Aswini Homeo, and RKG Ghee.

Speaking of the association with Bigg Boss Tamil 4, Dabur India Ltd Marketing Head-Home & Personal Care Mr. Rajeev John said “Tamil Nadu is a strategic market for Dabur, especially in Oral Care. We have launched Dabur Herb’l Clove Toothpaste part of our Herbal range to further strengthen our stronghold in the category. We are excited about our association with Bigg Boss Tamil, which will help us reach out to every household in Tamil Nadu to not only create awareness for the brand but also engage with a large set of audiences through some innovative associations.”

“Nippon Paint has been associated with Bigg Boss Tamil right from the inception of the show when it was still a new concept in the Tamil market. We truly believe that this powerful association over the last 3 seasons has helped us develop a stronger connection with our consumers. BB Tamil Season 4 is highly anticipated and is sure to generate high viewership. It provides a great platform for brands to leverage to drive brand salience.” says Mark Titus - Director Marketing, Nippon Paint India Pvt. Ltd.

Swetha Sagar, Head of Marketing, Preethi Appliances said “Despite, having a familiar format, audiences have great expectation from the show and Kamal Hassan adds immense value. Promo is already trending and generating buzz. We are extremely thrilled to be associated with Bigg Boss Tamil and we believe it will take us closer to our audiences.”

Mr. K V Kathiravan- Managing Director of Vinisha Vision shares his views on behalf of his client Shri Lakshmi Agro Foods ( Udhaiyam Dhall ) said “Our client's association with Bigg Boss 2 was a game-changer for their brand. This association enabled them to reach the households as a strong brand and resulted in exponential growth in sales as well as strengthening their supply chain. We are excited to partner with Bigg Boss Tamil 4 this year.”

Sanjay Adesara, Head – Media and Digital, Adani Wilmar Ltd said: “We entered the association over 3 years ago with the objective of making Fortune relevant across target households in Tamil Nadu. This association was strengthened year on year which has resulted in a spike in off takes as well. We look forward to our partnership this year too and are equally delighted to see how it will help our brands to achieve higher benchmarks.”

Bigg Boss Tamil season 4 is all set to launch in the first week of October which is peak festive season to bring viewers maximum entertainment, and for brands, an unparalleled platform. The work on the show is in full swing currently with the house being constructed on the outskirts of Chennai.