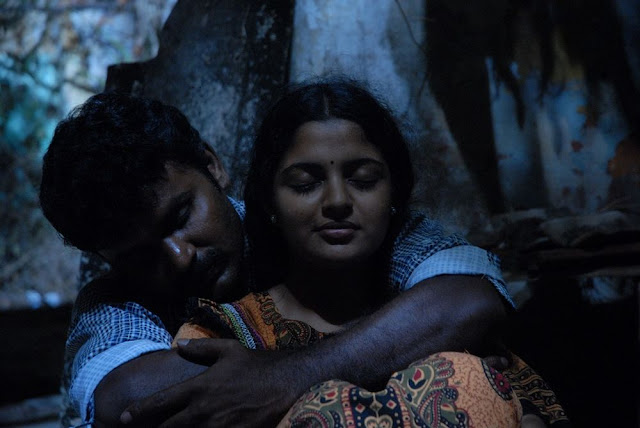 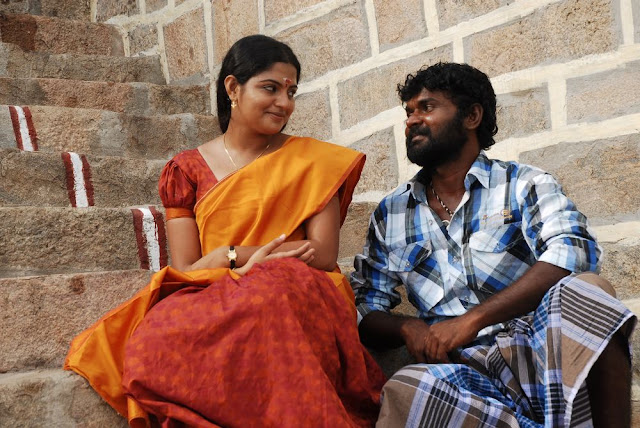 It is quite some time since we came across a film that had its theme set fully around a rural backdrop. Well, here is one...

With a linear narration punctuated by a set of less known star cast, the film showcases a story that is simple and straightforward without any unnecessary commercials compromises. The scenes too reflect simplicity sans any thrills and frills – a rarity these days of extravagance & sophistication!

Balaji plays Sampath a good for nothing youth, who does nothing worthwhile while the family is run by his widowed mother. As though this is not sufficient, he also gets into trouble too often causing embarrassment to his mother, time and again!

Circumstances brings him to the proximity of Vasanthi (Nikila Vimal), hailing from the same village, with whom he falls in love!

But his current status plays spoilsport and hence her family rejects him outright, forcing her to force him to stay away from her!

His mother too tells him to first deserve and then desire!

Humiliated, Sampath leaves home with a view to earn well and return, even without telling his mother!

He returns home after a while but is shocked to learn that the entire village, his mother included, is under the belief that they both (Sampath and Vasanthi) had eloped, as Vasanthi too had gone missing since the day he left!

The truth comes out finally, throwing up a shock not only to the villagers but to the viewers too!

Appu Kutty appearing as the friend of the protagonist is impressive. He is good in the scene where he reasons out the hero’s love with the heroine with a threatening posture!

Cinematography and music are both noteworthy.