Naranipuzha Shanavas who debuted through the critical acclaimed film, Karie in 2015 has come up with this film the screenplay being set at a village somewhere in Kerala-Karnataka border revolving around the love of a beautiful young girl, Sujatha (Aditi Rao Hydari) for a Sufi singer (Dev Mohan) who has virtually dedicated himself to singing religious songs.

Sujatha is mute but not death and the most pampered child of her home consisting of her dad, mom and grandma.

Drawn closely to his Sufi’s spirituality and around the same time, her parents are almost in the verge of finalising her marriage with Rajeev (Jayasurya) employed in Dubai.

Not only Sufi’s mentor but also Sujatha’s family come to know of this connectivity between Suji and Sujatha and on expected lines, her marriage is hurried up and she moves to Dubai to raise a family.
Rajeev gets a message that Sufi is no more asking him to convey it to Sujatha.

Though disturbed, Rajeev diplomatically takes the initiative to fly her back home to get a glimpse of her past lover but the unexpected developments on their arrival pave way for some tense moments ultimately leading to a happy ending, though a bit cinematic!

Jayasurya’s role is almost like a cameo with very little scope to perform. His responses, reactions and sacrificial gestures towards the end of the movie do not exactly create a big flutter!

Aditi is adequate but is found lacking in expressions at places!

Dev Mohan too hasn’t strained himself much as most of the time he is found chanting prayers or dancing with his feet up!

Jayachandran’s music is the life-line of the film whose pace is a tad too slow!

The initial portions of the movie tread upon a beaten path only and hence not very impressive while the 2nd half too meanders along almost on predictable lines!

The climax sequence set in a burial ground could have been thought of and executed better! 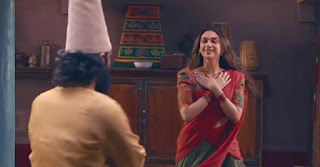 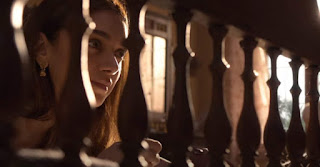 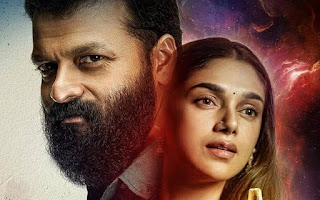 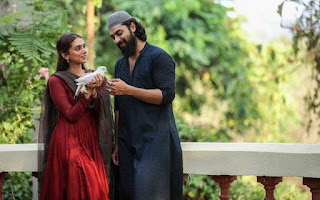