Keerthy Suresh who bagged a National Award for her performance in the biopic, Mahanati (2018) plays the protagonist in this woman-centric film and it would only be fair to say that she has virtually carried the film, that too, solely, on her shoulders! A nail-biting thriller conceived and crafted by a newbie, Eashvar Karthic, the screenplay of which has been set in Kodaikanal with cinematographer Kharthik Phalani presenting some breathtaking visuals of the hill station, may it be day time or during nights!

The theme has been woven around the kidnapping of a little boy with his mother, Rhythm (Keerthy Suresh) fighting it out to get her son back at any cost! She is now pregnant too but is even unmindful of that fact as she goes about exploring all possible probabilities to get her son back!

The boy returns but behaves abnormally while the reason behind the act of kidnapping remaining a mystery, like the identity of the killer!

The penultimate climax almost points out an accusing finger at a person who was eventually involved in the kidnapping another small girl but the moment it is known that he too is the kidnapper of Rhythm’s son, the mystery heightens!

The film’s climax is a fine feature of the film though dramatised a bit but you have to give credit to the debutante filmmaker for having come up with a gripping film that unveils suspense at every turn!
Linga as her former husband fills the bill well but the same cannot be said of Madhampatty Rangaraj!
Santhosh Narayanan’s music could have been a lot more effective.

A fresh and fine start by a new talent who has shown a lot of promise in his very first venture!
The director’s final tagline-Beyond every story, there is a Mom because her’s is where your story begins! 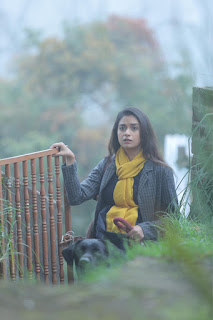 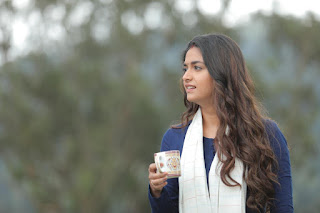 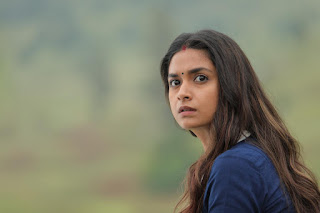 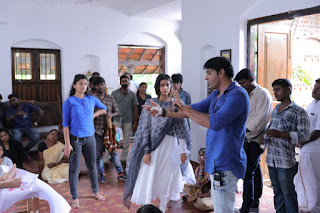