Varun has been elevated to the status of a hero here & it would only be fair to say that he has done a fairly neat job, thanks to his screen-companion, Yogi Babu, carrying a character name-Senior who not only generates a positive impact as a comedian but has also sported a role that shows shades of seriousness in the latter half!

Prabhu (Varun) is a college student who like many other youngsters of his age, is sexually starved! His stupidity in the classroom earns him suspension & it is at this juncture that Ramya (Samyuktha Hedge) lands up upstairs as his tenant!

Age plays a spoil-sport in their lives & they both share intimate moments.

A pregnancy test shows positive & trouble starts in their lives with each one blaming the other!
On the other side, Prabhu’s household patronises Puppy, a dog who lives with the family.
At one point, Puppy conceives & gives birth to a couple of puppies of course after some tense moments! 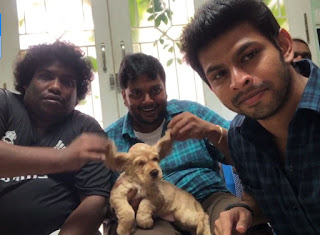 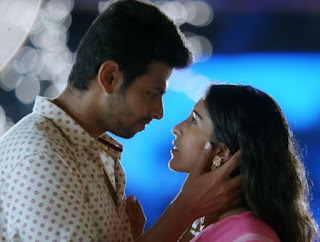 How that that situation impacts the lives of the young lovers in troubled waters is the fairly interesting rest!
Kollywood Movies Movie Reviews PRO Suresh Chandra