Fresh from the success of his recent outing, Sivappu Manjal Pachai, Siddharth scores well in a character that looks like a variant of the role he enacted in that! Catherine Tresa does her part with understanding & the others in the cast too have executed themselves reasonably well! But the problem is the script that starts off linearly only to take tangential turns as the script unfolds leaving much to be desired!

Catherine Tresa plays Jothi who would not want to hurt even a ant & would never ever hesitate to walk that extra mile when it comes to coming kind & considerate to others!
Siddharth who plays Jagan has his own set of positive traits as he is an orphan yet honest! 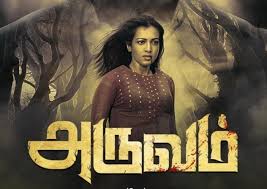