A well made crime thriller laced with comedy that is set around a kidnap-spree.  The screenplay has been woven around 2 petty criminals who decide to kidnap a woman for materialistic gains! But things go awfully wrong & they end up kidnapping another woman, rather the wrong woman which triggers off a series of situations that lead the duo into a chain of confrontations with a don involved in a drug mafia syndicate!

Sathya (Dhuruva) accompanied by his uncle (Shiva Shah Ra) kidnap a woman, Sherin (Indhuja) but by default she happens not to be the person they both intended to kidnap! All hell breaks loose as the act brings in a bigger threat as she is ‘wanted’ by Michael (Adithya Shivpink), a self-styled drug kingpin!

What follows further in the screenplay in the fun filled & thrilling rest!

The score of Divakara Thiyagarajan adds pep to the proceedings. 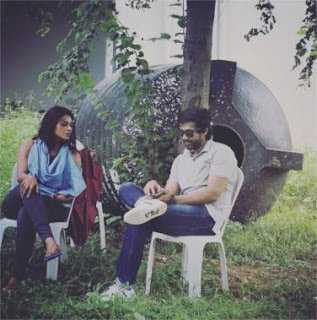 A good time pass that is engaging for most of the running time!