Some big projects when hyped much prior to their releases make the grade or fail to make the grade as the end product would not match the expectations generated before the film’s release! This one which had created huge expectations amidst the audience not only in the South but also across the length & breadth of the country! A big budget production, an enviable star cast, several virgin locales across the globe, scenes & sequences mounted always on a large scale basis, breathtaking cinematography-indeed –this has so many pluses but the final outcome leaves some more to be desired!

The film hangs somewhere in the middle between a well crafted film & otherwise!
The film is very significant in the career graph of Prabhas as this is his next outing after Baahubali. He has carried himself well throughout the proceedings his well toned physique projecting his macho image to the next level!

Shraddha Kapoor is adequate & has a meaty character.

There is too many others in the cast but all them somehow seems to have suffered from want of sufficient scope! 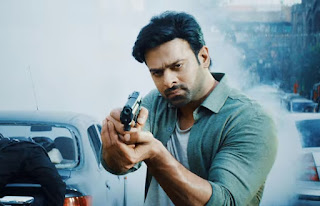 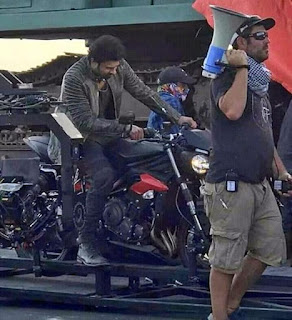 The theme is about the efforts of a rightful heir of a huge global business empire to take over the throne while a few others in the Board attempt to overthrow him & takeover! The screenplay is a gallery of twists!