It is certainly a breakthrough film for Arya who has landed up with a meaty role, possibly after Bala’s Naan Kadavul; so to say, he has delivered a path-breaking performance!

Full credit to Santhakumar who has sprung up with this worthwhile flick that is certainly worth the viewers’ time though he has been in a self-imposed exile for about 8 years!

Both Indhuja & Mahima Nambiar have carried their characters with elan! The veterans they both are, Ilavarasu & Jayaprakash have asserted their class in their own inimitable styles!

Thaman’s background score merits mention! Theme revolving estranged twins is nothing new to Tamil films but the manner in which the maker has conceived & crafted the screenplay is of high standards! His execution of his script is another salient feature of this noteworthy flick.

The director describes the life sketches of both Magadevan & Muthuraj (both depicted effectively by Arya!) is a very efficient manner that at one point, the audience is made to wonder whether they both are 2 separate characters are just 1 showcased at 2 different time frames! 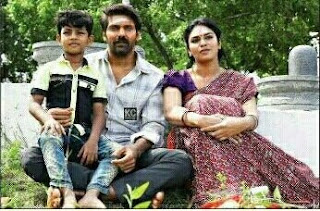 One of the most discerning movies in the 2nd half of 2019!
Arya Director Santhakumar Kollywood Movies Mahamuni-Review Movie Reviews Studio Green