The hurdles & struggles of a women’s Kabbaddi Team is forced to encounter while trying to participate in a National Level Championship forms the format of the plot of this engrossing film that also establishes an emotional connect with the game as well as its lady players!

Though a well known filmmaker, Sasikumar shows his acumen as a good actor too appearing as a coach.

Bharathiraja too asserts his class as a senior coach.

The characterisation of the Kabbadi playing girls most of whom hail from economically weaker sects of the society has been well conceived & crafted with sufficient depth.

The opposition faced by the girls from their own families while they opt to play Kabbaddi has been effectively presented. 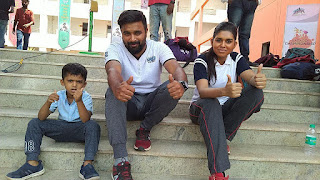 Murali Sharma as the villain of the piece is not all that effective.

The scenes are impressive but are predictable. The manner in which the Kabbaddi games have been presented deserve mention.

A good attempt that is enjoyable by & large!