Jyothika who has returned to the screen with a big bang venturing a variety of characters in her filmic outings, has delved deep into the arena of comedy this time, ably supported by veteran Revathi who matches Jo in word & spirit!

A busload of comedians have marked their presence in this comedy caper but the villain turned comedian Anandraj who scores above all, that too, in a dual role!

Yogi babu & Mottai Rajendran have their due share in the cake which they both seem to have cashed in well!

The rest of the supporting cast, especially the henchmen of Anandraj appearing as a Don, have performed their portions with quite a lot of understanding.

The theme is about 2 con-women who spare no effort to earn a fast buck by outwitting & outsmarting all others around!

Jo excels in her role & Revathi too makes her mark in a light-hearted role!

Both of them appear in colourful costumes time & again, appearing in colourful song & dance sequences as well!

As a matter of fact, Jo has a ‘mass-hero’ kind of intro & she fits the bill quite well & effectively as well!

A special vessel buried in the house of a Don (Anandraj) forms the crux of the plot with the 2 con-women stretching themselves to get it! 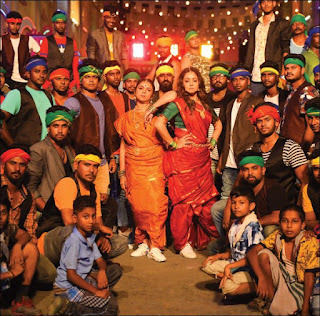 The speciality of the vessel is that anything put into it will multiply, right from milk to pistols!
A fun laden flick that entertains most of the time!
Kollywood Movies Movie Reviews