This sports drama showcases the significance of not only the game of Kabaddi but also the strong bondage between a dad & his son! Pasupathi excels as the father of the film’s protagonist emoting to the required degree without going overboard. Vikranth’s steps of acting are also measured like his steps in the Kabaddi field! Anupama Kumar is adequate as the affectionate mother. Surprisingly, Soori has executed himself quite well & his comedy fits the proceedings appropriately.  Kishore has asserted his class his class as the Kabaddi-coach. Arthana Binu looks good and her presence in the frames provides a feel-good atmosphere.

Pasupathy, a former Kabaddi champ had give up the game owing to unavoidable reasons. His son (Vikranth) has no inclination to pursue his father’s passion. He falls in love with a local village belle who is the daughter of a big shot (Ravi Maria).

On an occasion, following a crisis situation, the hero learns of his dad’s past life, especially his romance with ‘Kabaddi’ & shifts his focus on the game!

He goes in search of the coach of Team Vennila (Kishore) & gains expertise.

How he turns into a professional Kabaddi player is the interesting rest.

Luckily, romance doesn’t disturb the protagonist’s love for Kabbadi; even the climax doesn’t suggest it!

Selva Sekaran deserves praises for his commitment to the main theme right through the proceedings without deviating a bit though there are interesting segments of humour & romance tactfully sliced in. 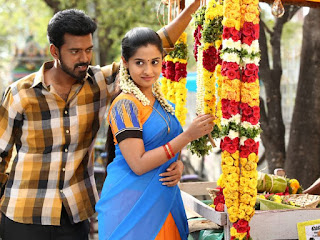 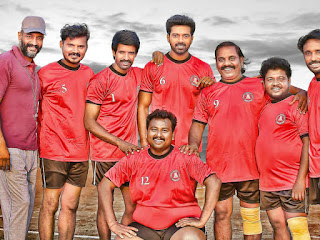 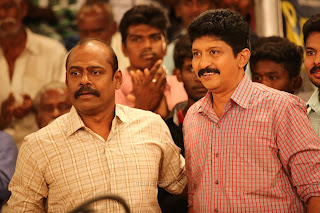