This Jivva starrer is a fun filled roller coaster ride that is basically set around a bank robbery with a Chimpanzee named Kong in tow!

Moe than the bonding between the lead pair-Jiiva & Shalini Pandey, it is the emotional bonding between Jiiva & the Chimpanzee that matters more in this flick that offers a busload of light-hearted moments.

Radha Ravi as the cop in charge has asserted his seniority well.

3 friends for all of whom money is the issue in life plan to rob a bank & are joined by a farmer with a Chimpanzee for company.

In a drunken stupor, they hatch a plan & begin to execute it! Lack of logic is compensated by the well-timed comedy & the viewers go into gales of laughter with each of the lead artistes being provided with sufficient space without intruding into another’s!

The director has worked out on the screenplay quite well sprinkling it with doses of seriousness as well as humour, both in the right measure!

Waiving farmers’ loans becomes the crux of the plot in the 2nd half while references being made about other political & social issues that are at large in the contemporary scenario, all of course, in a light-hearted manner! 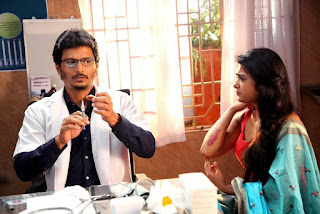 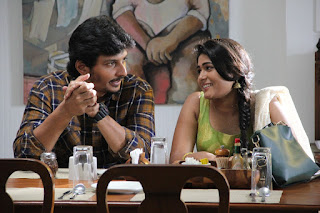 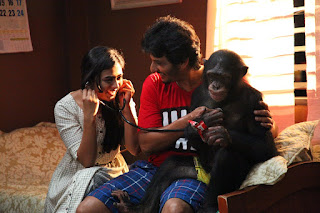