When films aim at delivering messages, that too, hard hitting ones, due care should be taken while mounting the scenes & sequences as those should not tantamount to delivering sermons! It happened in the case of the Jyothika starrer, Raatchasi, a recent release.

Here, director Chandru KR has scripted the scenario in such a way that it doesn’t give the viewers the feeling of watching a documentary drama, excepting for a few portions that manage to deliver such feelings!

KP‘s music & the camera work of Balasubramaiem have contributed immensely to the film’s steady flow the narration structured in a multi-layered fashion.

Among the leading ladies as Meera Mithun, Pradaini & Dushara, the last mentioned name creates an impact purely on the strength of her spontaneity & simplicity!

Dheeraj, the lead man has carried himself very well in a complex character but is found wanting in crucial moments his expressions failing to help him out!

The theme is about a bride-groom who decides to throw a bachelor-party a day prior to his wedding but ends up consuming drugs! Though inadvertently, the price he is forced to pay for it is quite huge!
He even gets involved in a murder which he never committed but lands up in jail!

The process of rehabilitation is the crux of the plot in the 2nd half! 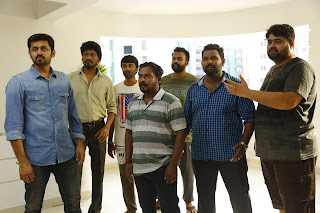 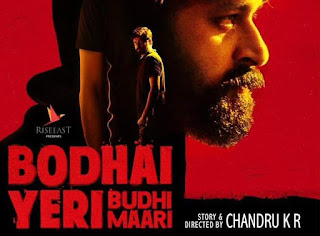 A message-bearing movie that deliberates not only about the evils of taking to drugs but also deliberates on the after effects of bachelor-parties, close to the wedding!