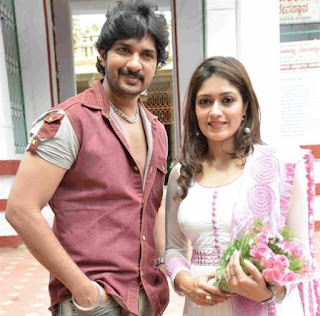 Directed by Shree, Onti which means alone is an action film in Kannada with Arya &  Meghana Raj in the lead roles.
Produced under the banner, Sai Ram Creations, the film has cinematography by K. Shashidhar & musical score by Manoj S.
Devaraj, Sharath Lokitashwa & Girija Lokesh are also in the main cast.
Onti refers to Arya’s nickname in the film.