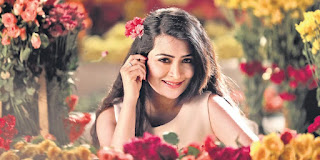 A romantic comedy set against the backdrop of a drug bust, this Kannada film produced by Rockline Venkatesh under his banner Rockline Entertainment Pvt Ltd. has been written and directed by V.Priya.
Nirup Bhandari & Radhika Pandit play the lead roles in the film that has music by Anup Bhandari.
Preetha Jayaraman has cranked the camera.