THE BUSINESS OF FASHION & WARDROBE! 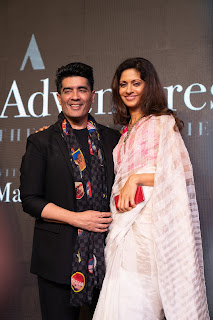 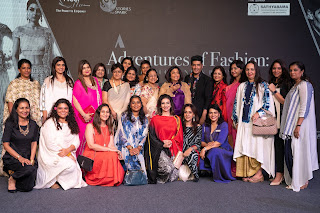 Manish Malhotra is certainly a big name to reckon with as far as the Fashion Industry & Styling of Stars (of films) are concerned!

As on 2020, Manish completed 3 decades as a costume designer for films & his banner completes 15 years as a Label! Without any formal training, he has reached this stage & has the honour of having styled icons like Michael Jackson & the like!

His Mijwan a voluntary organisation which started with 40 women with now over 400 women is doing great service to the women folk since 2011!

It was for the film, Rangeela by Ram Gopal Varma did he first bag his Filmfare Award as the Best Costume Designer!

He has travelled extensively & considers it as a great source of education!

FLO (FICCI Ladies Organization) is the ladies wing of FICCI (Federation of Indian Chamber of Commerce and Industries), established in 1983 as a pan-Indian organization, head-quartered in Delhi. The core activities of FLO revolve around women and their overall development and empowerment at various levels.

FLO Chennai has a membership database of 425 strong women who are into Businesses, independent entrepreneurs, CEO’s, Chartered Accountants, Fashion designers and Homemakers.

The core activities undertaken by FLO are the following.

• Adarsh Gram Yojana Project – Adoption of Venkatapuram Panchayat consisting of 4 villages, building toilets and wash areas in houses and schools, setting up tuition centers, play areas and creches.
• Skilling – FLO Chennai has economically empowered 1000 women by skilling them in unconventional fields like mushroom cultivation, organic farming, ornamental fish cultivation, seaweed cultivation, tailoring, nursing, cooking, Personal etiquette, hospitality and driving. About 90 percent of these skilled women are employed or run their own businesses.
• SWAYAM – Setting up of mentorship cell for underprivileged women, helping them train in a skill and make them employable by tying up with TiE Chennai.
• Project ‘Care for Cops’ – Mentorship/Counselling for women cops on sexual abuse, domestic abuse, child abuse and addiction.
• Building of play areas and creche in 4 select All-women Police stations in Chennai.
• Producing a documentary film on sexual abuse, child abuse and other women related issues based on case studies of actual incidents given to us by the Commissioner of Police.
As a business organization run by the women, for the women needs to be applauded for having flown down Manish Malhotra & to have made him talk about  his business beginnings, the struggles and hardships encountered by him through his journey and what it is like to shoulder the responsibility of being on top and proving himself time and again.