This flick projects Vijay Sethupathi has a mass hero but packs in other punches too. Surya who plays his protégé is a perfect choice for the character with the duo enjoying great screen chemistry! Anjali too rocks by her naturalness. George Maryan who plays the hero’s uncle is quite impressive!

Thiru (Vijay Sethupathi) is quick with his fingers who steals from the well to do fraternity, aided by his protégé, Super (Surya Vijay Sethupathi). Super is little short of hearing & the director has tactfully put this ‘trait’ to good use in the sequences to create comic effect!

She is actually a contract-labourer at Malaysia & is obligated to get back!

Not before long, Thiru learns from her that is at Thailand & pleads with him to come & rescue her from the clutches of Linga (Linga), a dreaded gangster!

The rest is predictable with Thiru & Super leave for Thailand.

This is the 3rd occasion wherein Arun Kumar & Vijay Sethupathi has joined hands up after Pannaiyarum Padminiyum & Sethupathi.

A thriller with the 1st part standing out better than the 2nd! 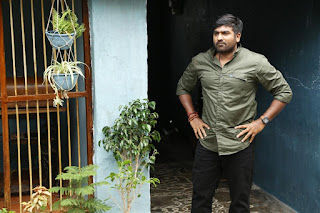 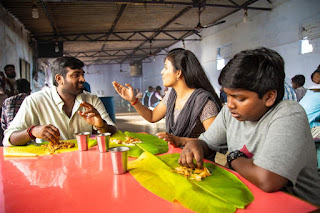