Karma, what you sow, you reap-all these references spring up in capital letters in this engaging flick that showcases a well thought-out screenplay executed effectively!

Vetri who plays the protagonist is far better here when compared to his portrayal in 8 Thottakkal. His character has been well conceived, crafted & mounted on the screen & by & large, he has done justice to his role though there seems a little more scope for him to improvise!

He is a school dropout who strongly believes that real life education is much more practical than school education; he can’t be branded an atheist but he is neither he is a believer; he is one who doesn’t care much for sentiments though he doesn’t expose that side of himself! He would not hesitate to do wrong using his intelligence & would never regret or reproach!

With such a characterisation, can there be dearth of thrills & chills!

Well, the director has loaded it all in the right measure & the best bargain is the way he has rounded off the film finally, drawing claps from the audience as they get ready to leave the theatres!
Karunakaran as Mani is a perfect choice for the role & has carried himself so casually right through the proceedings! Watch him blink whenever he comes across a crisis situation!

Rohini is adequate as the well-meaning landlady with a sick husband & blind daughter who is to be married!

Saravanan steals from the house-owner’s bureau stocked with jewels meant for the daughter’s wedding & how the issues draws to a close is the interesting rest! 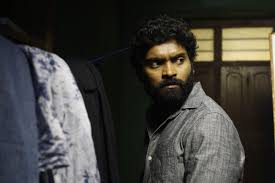 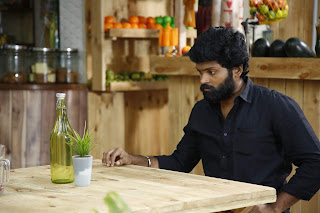 The complex concept of syncronicity has been explained in a simple manner by the filmmaker, that too in a riveting manner, making the film a memorable one keeping the viewers hooked up most of the screen-time!