Very rarely does the viewer get to experience such realistic tales scripted & narrated so well like this flick the theme of which is centred round the Chennai floods! Kudos to the maker, Lakshmy Ramakrishnan & her team!

The screenplay is set around a couple of characters all of whom experience drastic changes in their lives while braving against the consequences of the floods that cause extensive damage to their neighbourhood.

Vasu (Kishore) who has served the Army is a victim of Alzheimer’s & his better half, Radha (Sri Ranjini) has a tough time attending on him!

The film doesn’t follow the formal format of alternating sequences with commercial ingredients & the scenes & setting of the characters are so effective that the film keeps the audience engaged all the time!

The director’s acumen in making the presence of a few characters that never shows up on the screen!
The flashback episodes have been cleverly conceived & presented.

There is also an element of surprise in the film that springs up towards the close but that which has been built up gradually from the start!

The outcome of this subtle drama is further strengthened by the apt score of Ghibran & the creative angles of Krishna Sekhar, the cinematographer. 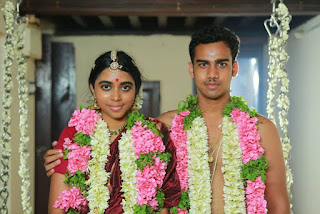 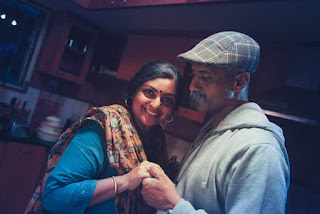 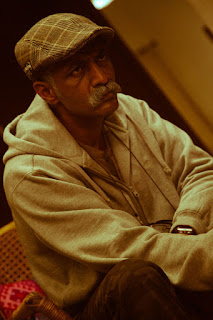 A true presentation that leaves behind a strong impact in the minds of the viewers even long after leaving the theatre!