A FILM ON VIRUS OUTBREAK!

Directed by Aashiq Abi, Virus is a medical thriller based on real events during the 2018 NIPAH Virus outbreak in Kerala. The crux of the film deliberates on the saga of a group of brave people who stood up in the face of adversity, risking their lives, fighting with all their will.

The plot is set in Kozhikode and follows the various stages of the epidemic from identification to its total annihilation.

The film explores the collective paranoia created by the viral outbreak and how it disrupted the life of individuals, both victims and health care professionals. 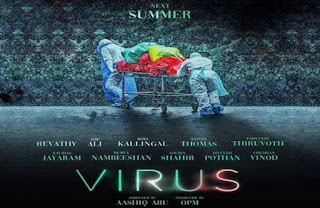 Sushin Shyam has scored the music while Rajeev Ravi has cranked the camera.
Neighbourwood Movies