It is for a 2nd time that Sivakarthikeyan & Nayanthara have joined hands after Velaikkaran though not as successfully as was the case in the previous collaboration! Rajesh M, the maker of several successful comic capers in the past has bounced back after a brief exile but unfortunately neither his script nor his execution have facilitated him to stage a successful comeback!

The story is as predictable as the scenes without anything new or novel & hence the film suffers from want of a proper stuff. Despite the presence of the lead pair both of whom are enjoying a successful career graph presently & besides the presence of comedians as Yogi Babu, Robo Shankar & of course, Sathish, comedy is not a plus point of the proceedings though all the 3 comedians try to evoke laughter time & again!

Here is one of the few occasions where Sivakarthikeyan’s antics & well timed one-liners fail to create a big impact!

How they both try to outsmart one another while Mano scores over Keerthana each time before she outsmarts him abroad getting him imprisoned!

What else? The duo has to patch up to unite in wedlock! 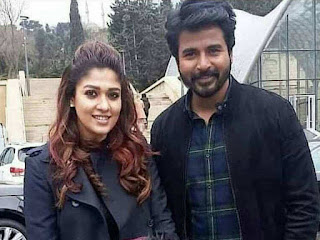