A remake of the Tollywood hit, Temper, this Vishal starrer is certainly a Brand-Vishal product that has all the ingredients of entertainment that normally go with the films of Vishal! On expected lines Vishal does his part in his own inimitable style & has obviously put in efforts to ensure that the viewers do not feel that he has simply replicated the hero from the original Telugu film. A Hindi remake, Simmba, came up in between but this one holds its fort to a reasonably good level with a climax that takes a different route!

The theme deliberates on a social issue-crime against women & certain segments in the narration remind us of the happenings in the recent times!

Raashi Khanna looks as effective as Kajal Agarwal in the original. While Sam C.S.’s score helps the film’s pace to move faster, Karthik’s camera work works out better in action sequences that have been breathtakingly choreographed!

Vishal is Karnan the protagonist who to start with doesn’t exactly believe in being ethical & Parthipenas Kalirajan the antagonist is a self-centred social criminal who will stop at nothing to get what he wants! 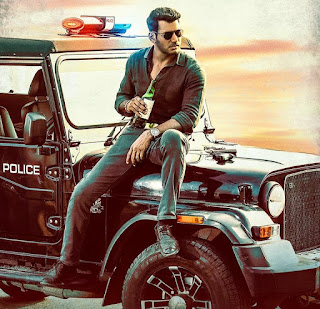 How Karnan delivers his own verdict is all what the rest of the narration is about!