HRITHIK bags the title and wins 50 lac worth house! 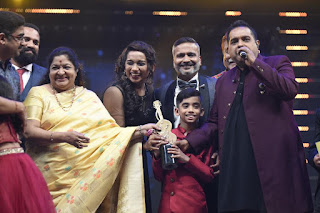 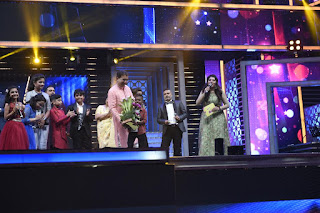 The much awaited Grand finale Live of the popular reality show Super singer JUNIOR 6, was held on April 21st at Chennai in Nehru Indoor stadium which was telecast LIVE on STAR VIJAY.

Since 2006, the show hunts for the best voice. So far, the show has thrown light on Non-familiar singers who have been striving to show their talent in a well-established platform. The show gave spotlight for the deserving talents. And now the super singer show stars are shining in the film Industry.

In the grand finale, HRITHIK won the coveted titled of Super Singer Junior 6 and won Rupees fifty lakh worth house.   He received the trophy from the judges.  Soorya and Poovaiyar were the first and the second runner up of the season respectively.  Hrithik thanked the judges, trainers, his school and everyone who voted for him.  The first runner up Soorya was awarded a trophy and diamond jewelry worth rupees 25 lakhs and Poovaiyar won rupees 10 lakh prize money.