A Fitting Finale that exceeds expectations!


Not all movies that pave way for great expectations live up to them; having said that, sequels of successful series too not always make the grade!

The Infinity Saga that has grown up into a big franchise from Marvel, as a matter of fact, the biggest ever, which has experienced a grand gala opening all over, especially, here at Tamilnadu with no ever regional film daring to compete, has enjoyed a tremendous response here & it is for the 1st time in the history of film releases that a Hollywood film has had the privilege of early morning shows!
The final instalment of Marvel Cinematic Universal’s Infinity Saga has found its way into nearly 450 theatres in the State both in English & Tamil!

Trade reports notify that the film’s advance booking figures have been phenomenal with theatre-complexes opting for more screens & more shows!

With the Avengers assembling yet again for the biggest battle ever, the film running a running time that just crosses 3 hours showcases some breathtaking stunts punctuated by eye-widening fight sequences uplifted further by larger-than-life special effects that would leave the audience stunned!
This sequel continues ceremoniously where the previous film, Avengers: Infinity War ended, with Thanos, the powerful villain pours out venom in his attempt to destroy the Universe. Yet again, the remaining Avengers have to team up in unison to stop the villainy of Thanos!

The cocky super hero humour too is very much intact like the way the film’s emotional content & connect maintain that perfect balance!

The attention to detail is mind blowing with the Russo brothers tapping all possible sources & resources to draw better than the best out of technology that has stood better with each of the just about 20 films of the Marvel Cinematic Universe that got kick-started since Iron Man, a decade earlier!

While the spirit of camaraderie amidst the super heroes has very well been established, the individual arcs have also been very well focussed with due screen time to each of the characters!
The action sequences have been packed in with punches that are bone-splitting while also being adrenaline-spiking leading to a power packed concluding brawl that is progressively as well as aggressively intense! 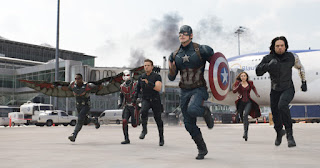 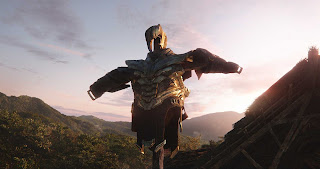 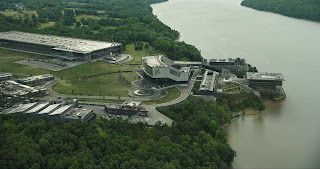 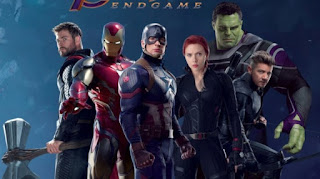 A fitting farewell that would leave behind the fans as well as the non-fans craving for more!
Hollywood Movies Trade Talk