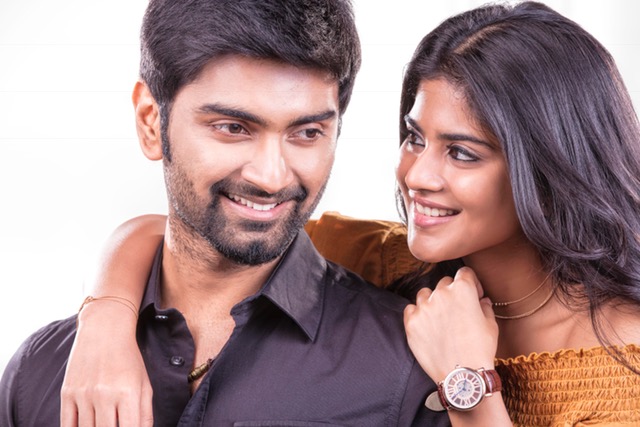 The film opens on a good note that initiates the curiosity of the audience paving way for several twists & turns. The film’s 2nd half showcases an entirely different thought totally unconnected to the 1st half & how director Kannan connects it all forms the crux of the issue! Given the fact that Kannan has had his apprenticeship under ace-director Manirathnam, his acumen in connecting 2 disjoint things both of which are relevant in the contemporary sense, it is but natural for the audience to expect a neat thriller blended with a socially relevant message but here is where the film fails to generate the much needed impact as a result of which the film turns out to be an average one despite possessing the potential to have become a laudable one!

Atharvaa Murali has carried his character well & effectively as well! Megha Akash & Induja do not have much of a role play & hence do not impress much! For a change, RJ Balaji who is currently riding on a high after the stupendous success of his maiden film as the lead man in LKG, takes on a serious role but still manages to deliver a couple of rib-tickling one-liners! Sathish too suffers from want of sufficient scope but still manages to make a mark!

Suhasini appears in a cameo & comes good in the scene where she expresses herself strongly to an indifferent cop!

There is nothing great to write home about the score of Radhan, yet he is welcome to the Tamil industry.

Shiva (Atharvaa) meets with a fire accident & almost loses all facial features! It is at this juncture that his family learns about a brain dead youth & it is arranged to transplant his face onto Shiva & very soon, Shiva resumes his normalcy with a ‘fresh face’!

Sooner, he realises that his life is at stake as attempts are made on his life forcing him to probe into the reasons behind! He unearths that Sakthi (Atharvaa) whose face now he is wearing (!), was a I T guyturned social crusader who had championed the cause of connecting a river to his dry village very much against the conspiratorial plans of a business tycoon, Suraj (Upen Patel) in connivance with a local MLA (Ravi Maria).

The film ends with Shiva outsmarting Suraj not with his plans of action but by poisoning him with a dose of injection & staging a get away!

Had only Kannan been more effective in churning out a good screenplay, the film would have certainly looked better! And Kannan is one filmmaker who is actually capable of that!