Handling young kids, especially female kids is indeed a child’s play as far as this young filmmaker is concerned and ‘Deivathirumagal’ could be quoted as the best example! Vijay has come up with yet another horror thriller like Devi(l) in which Prabhu Deva and Tammannah stole the acting honours! But the premise here is very different as each and every character in the film has been well thought out and showcased barring one or two!

Sai Pallavi who is supposed to have debuted through the remake of Charlie under the direction of Vijay has made her entry into Tamil films through this absorbing venture, of course, under the baton of Vijay!

Possessing the looks of a next door neighbour, Sai Pallavi is a worthwhile entry here at Kollywood, her matter of fact kind of portrayal standing her in good stead! Her pimple-filled face registers and records the right kind of expressions as and when they are demanded! Welcome on board at Kollywood, Sai Pallavi, you can certainly go places with the right kind of opportunities!

Telugu actor Naga Shourya debuts in Tamil here but not to a great impact.
Baby Verinika Arora creates a flutter whenever she appears that too, without talking much!

Seniors, Nizhalgal Ravi and Rekha have done their parts with understanding.
The cinematography of Nirav Shah and the editing of Anthony stand out in the crucial scenes!

The intimacy level of the lead pair (Naga Shourya & Sai Pallavi) during their education which the girl pregnant! When the family elders learn about it all hell breaks loose but soon they pull themselves together, advocate abortion, let the couple go ahead and complete their education and then unite in wedlock after 5 years!
Cut to the present, the wedding is on and soon after that they both move into their new flat. The elders from both the families meet with unexpected deaths one by one and not before long, the girl realises that their unborn kid who was aborted (called Diya by her!) is up and around on a revenge spree and the next victim is likely to be none other the boy who too had joined the elders in suggesting for abortion! How she saves the husband is the dramatic rest!

The climax portions reflect the acumen of the director in handling the horror elements very effectively!

The music of Sam C.S., especially the background score is mention worthy!

While Santhanabharathi’s character has no major connectivity to the main plot expect being suggestive, RJ Balaji’s characterisation as well as the performance leaves much to be desired! Initially he is showcased as a clown 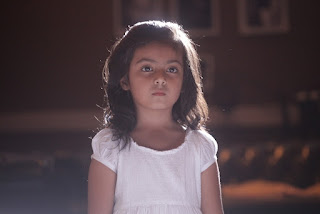 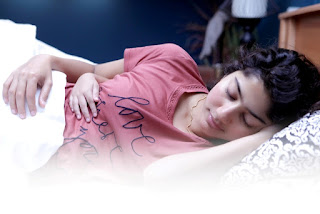 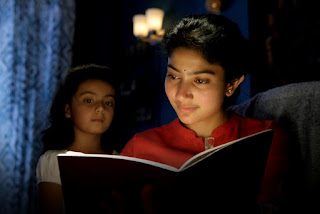 clad in a cop’s attire but towards the end he turns very serious!

The film makes a strong statement about abortion; hope it rings a bell in the minds of all those concerned!