A new breed of young and energetic filmmakers are currently carrying Kollywood to new heights with their innovative scripts and deft handling both of which stand out as definite departures from conventional styles of filmaking!

Abbas Akbar from Singapore is one such good talent who has scripted and directed Chennai 2 Singapore that showcases an enjoyable theme with an entirely new kind of treatment!

Produced by Ghibran, the young and talented scorer and more importantly a pet of Kamal Hassan who has composed music for a couple of his films, has backed the production of this film by Abbas who has several commercials and serials to his credit at Singapore!

It is worth noting that both Abbas and Ghibran were colleagues during their study time at Singapore and it is a no big suprise that they both have teamed up for this flick that showcases a new genre!

‘As a matter of fact, this project took off with other cast earlier, not once but more than that before the present cast and crew were finalised and here we are with the finished product!’ says Abbas in a down to earth manner!

Gokul Anand plays the lead in this flick and keeping him company is Anju Kurian.
Rajesh Balachandran who is well experienced with the theatre is a major part of the main cast.

Shiv Keshav, a businessman with a passion for acting plays the villain of the piece.
It is worth noting Abbas wanted rehearsals before they went on for the shoot which Ghibran too was in concurrence!

‘Kamal Sir used to tell me that if one doesn’t practice well before going for the take, it will certainly be obvious to the audience!’ says Ghibran.

We understand that the film was shot in about 65 days out of which 90% was at Singapore and the balance was at Chennai.

As there are six songs in the film, it was though fit to do a road trip through six countries, India included, as a part of the film’s promotional campaign!
Veteran editor Praveen KL has edited the film.

Tamil cinema is never the same especially with the arrival of such bundle of talents! The film is scheduled to hit the screens on December 15th. 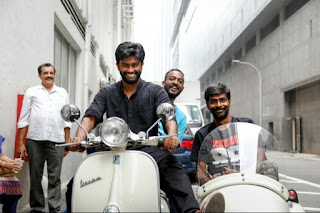 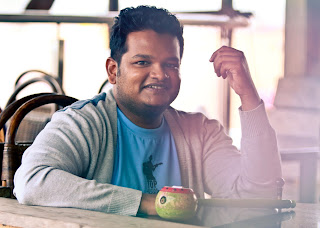