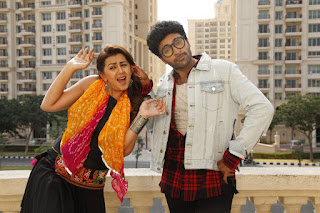 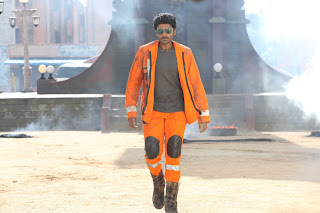 Scripted and Wielded by –Ashok Kumar

Vikram Prabhu seems to be steadily and stealthily climbing the ladder of success, film after film as he chooses film after film with care and caution! Earlier, Sarath Kumar had played a fireman in Suresh Krishna’s ‘Oruvan’ and Kamal Hassan too had appeared as a fireman in one of the four roles in Micheal Madana Kamarajan but none like the one here! Vikram Prabhu plays Guru who is very passionate about joining the Fire Department as a fireman and sharing his dream are his four friends who are also interested in joining that bandwagon! Guru’s objective in being desirous of becoming a fireman lies in the fact that his passion is to save lives of people whose lives are in danger of being swallowed by fire!

The local Zonal Officer, Narayanamurthi (Nagineedu) has a soft corner for the boys knowing their willingness to join the Fire Department and tries to help them out!
Vasumathi (Nikki Galrani) holds the torch for Guru who is not aware that she is the daughter of his well wisher!

While all is moving in the right direction, Dhana (Varun) gets into problem with Sadha (Vincent Asokan) with the former pushing the latter to his death, though inadvertently!
Puliyanthope Ravi (Madhusodan Rao), Sadha’s friend, gets enraged and starts scouting for the person who killed his friend!

Kabali (Naan Kadavil Rajendran), a local bigwig tries to help the boys but in vain!
Finally, the cat is let out of the bag as Ravi learns about the boys and goes for the kill! After a point, Guru confronts him directly, gives him a lesson or two, leaving Ravi and his gang high and dry!

Meanwhile, Guru’s dad, Manikkam (Ponvannan), a conservancy worker, gets killed and all fingers point to Ravi!

But there is a twist in the tale, here, at this point, as Ravi and his gang gets killed!
The identity of the person who did all these killings remains a mystery and it is in the climax that the suspense gets unwrapped!

Vikram Prabhu is quite at ease in the stunt as well as in the romantic sequences.