August 01, 2017
As the days are unfolding, expectations on Spyder are soaring sky high!

Songs are such a vital part for the success for any movie. When it comes to a Magnum opus like 'Spyder', it become even more special and important because of the expectations of millions of fans. One of the most expected movie of the year 'SPYDER' is directed by A R Murugadoss starring super star Mahesh babu along with Rakul preet Singh, S J Surya and Bharath. Harris jeyaraj is composing music for 'Spyder'. The talk of the town today is the song teaser of 'Spyder''s title track "Boom Boom". This song teaser is going viral all over the country right from the minute it was released today and the full song is announced to be releasing on August 2nd. This track is sung by latest singing sensation Nikhita Gandhi and the song teaser promising everything that a blockbuster title track needs. Spyder fans-get ready to taste the feast! 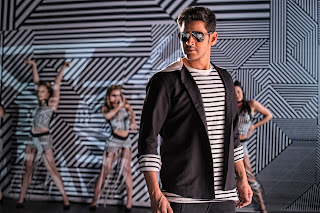