Only a select set of movies command so much of expectation prior to their release! Ajith' s 'Vivegam' is certainly one such!

Action extravaganzas are a quintessential part of any international Spy thriller. Only the best of actors with valor and necessary skills can be a part of such a movie. 'Vivegam', first international spy thriller of Indian Cinema, starring Ajith Kumar, Vivek Oberoi, Kajal A 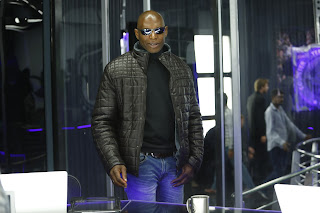 garwal and Akshara Haasan, produced by Sathya jyothi films and Directed by Siva  is all set to bombard the theaters world over from August 24th.

Stunt artist from Hollywood, Serge Crozon Cazin, who has worked in Hollywood films like 'Casino Royale', '300:Rise of an empire' and 'The transporter refunded' has played a very important character of one among the five member of Ajith's team in Vivegam. Speaking about this Serge Crozon Crazin says, " Getting into Indian cinema through  a truely international movie like 'Vivegam' is such an honor for me. I attended an interview with Director Siva  and got this role. Was highly impressed with director Siva's ability to visualize and to clearly know what he wants. Working with Ajith sir was a memorable experience. Only after I finished my portions and came back home I discovered how big a star Ajith sir is and the tremendous celebrity status he enjoys. He was so simple and humble on the sets. But I must say the stunts he has pulled of were incredible. Without using any body double he did all the action sequences by himself. He is such a perfectionist and hard worker. We both had a lot of interactions and I enjoy every bit of it. Since i am a master of martial arts I loved my combat sequences . The movie has come out great and i am sure the Indian audience will witness and thoroughly enjoy this true international movie ".