Gone are the days when ’Entrepreneurship’ was considered as the hallmark of men folk. Women too scale dizzy heights at par with their male counterparts proclaiming in clear cut terms that they can also accomplish enviable feats as good as men if not better!

Recognizing and rewarding such empowered women is undoubtedly an enviable task! Women at home are usually identified as persons whose routine sticks to the home front alone and such an opinion has virtually become a taboo on such women who in reality are capable of achieving much more!

Normally, such awards are restricted to corporate talents alone blissfully leaving behind those achievers who don’t belong to those strata! This awards’ function stood out distinctly and distinctively as it explored the arena of talented women from about 4000 finally narrowing it down to 50!

The prime objective of Homepreneur Awards 2017 was to honor home based women who took up the initiative to generate revenue from business activities they deemed fit!
While 50 Homepreneurs were awarded under different categories, 18 select set of 18 women were shortlisted to receive mentorship and financial support for transforming and taking their business activities to the next higher level!

Every talent that evolved into entrepreneurship from baking cakes at home to tutoring as well as serving as a freelancer in various capacities!

The selection process, we hear, was done on a thoroughly professional basis and the winners were shortlisted and selected by a jury panel comprising eminent women achievers from different fields.

Film personalities as Shobha Chandrasekaran (mother of actor Vijay), actor Aari, Director Arivazhagan, Suhasini Manirathnam were among the list of Celebrities.
It is worth notifying that Pushpa Kandasamy, daughter of the late, veteran filmmaker, K.Balachandar was also one of the recipients of the award under Media & Entertainment category.

A musical performance by Anil Srinivasan, Madhan Karky and Saindhavi Prakash found its way into the proceedings, besides a Fashion Show and Fusion Dance.
A special address was delivered by the National award winning lyricist, Vairamuthu on Women Empowerment.

When quizzed about the selection criteria for the awards, we were informed that the following aspects as Uniqueness of the Business idea, Social Impact created, Business Challenges, Scalability, Family Impact, Progress & Revenue.

Homepreneur Awards were supported by organizations that believe in woman empowerment through their business activities.

Homepreneur Awards offered patronage to the cause of women entrepreneurs!

it is worth noting that Hemachandran of Brand Avatar is also the Founder CEO of Celebrity Badminton League. 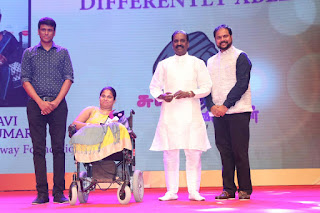 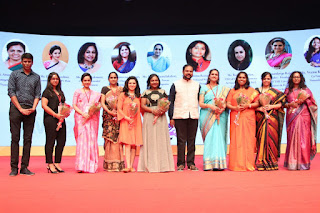 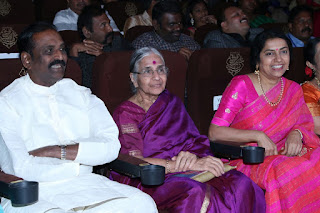