The film’s screenplay has been set around the romantic misadventures of a youth when four young girls cross his path, at times, simultaneously! Soori plays the principal comedian of the piece and with a new makeover steals the show at most places. It is only correct to say that he is on a climbing spree as far as his career graph is concerned!

Atharvaa who has so far been donning roles with intensity has taken up a character that is lighthearted and has gone about enacting it in a very casual manner. His mannerisms are good and the manner in which he goes about dealing with each of the four girls is certainly enviable! The film is a pleasant departure for him with regard to the kind of characters that he has been donning so far and he can be happy that he did this film!
Soori is a perfect choice for that parallel character in the film that has equal space and scope and the actor has put the opportunity to best use!

Of the four girls, Regina Cassandra heads the list with her effortless performance and comfortably and conveniently pulls the rug under each of the other two, minus one, that is Aiswarya Rajesh who is of a different class and caliber. Her essay of the character is quite different and she does it all in her own inimitable style! Pranitha is adequate but newcomer Aaditi is found wanting! Maybe a couple of more appearances in a couple of more films would prepare her to perform better!

Naan Kadavul Rajendran as Soori’s uncle is effective as the cab owner and creates an impact time and again! Mayilsamy is in his usual elements in his brief appearance.
The initial portions when Atharvaa narrates his love escapades with the girls one after the other is very enjoyable and interesting without making the audience to flinch their faces as there is no vulgarity involved!

Vairabalan, the art director has done a neat job; the same could be said of Sree Saravanan, the cinematographer. The song and dance sequences appear colorful with the lead artistes sizzling in some chic costumes!

The twist in the tale is the fact that the film’s protagonist unfolds his love episodes one after the other in a disciplined fashion that the audience could only manage a grin on their faces but not a note of displeasure or indifference!

T. Siva who has made cameo appearances   in a couple of films has taken up a full-fledged character in his-that of the hero’s father with the son and dad not in talking terms but always ready to pull each other’s legs!

The lighthearted script and its commendable execution by the first time filmmaker, Odam Ilavarasu is thoroughly enjoyable for most part!


The youth of the times is certain to lap up this flick with both the hands as it stands out as a thoroughly enjoyable comedy fare! 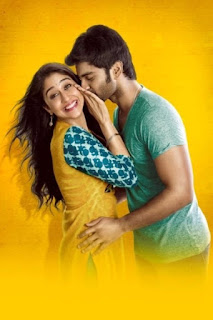