A CALL TO ACT!

It is but natural for the off springs of seasoned film personalities to take to their father’s profession but Shakir who debuted through in the recently released ‘Naanga’ has found his calling in acting rather than pursuing a career in films as a playback singer like his dad, Mano who has rendered over 22,000 songs in nearly 14 languages! It is truly surprising to note that he has sung about 8000 songs in Tamil alone! Not that Shakir is the first one in that family to hit the silver screen as his father Mano himself has acted in a couple of films including ‘Singaravelan’ along side Kamal Hassan.

According to Shakir, he was only looking forward to play the lead role and even when director Selva approached him the basic idea was that. But we understand that after a brief conversation between them both, Selva had told Shakir that he would fit into a particular character that had shades of grey. Shakir agreed and went ahead and the rest is known as Shakir’s performance has been applauded by one and all! As a matter of fact, Selva himself was so impressed with Shakir’s portrayal in ‘Nanga’ that he has promised him to cast him in a bigger and better role in his next venture.

Sources state that Shakir has already been approached by a Kollywood filmmaker to play the lead in a project that is soon to be launched!

Maybe, Shakir has found his calling in acting! 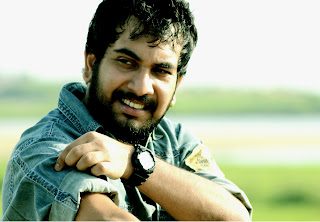